Star Vacation: Week-Long Getaway Like Beyonce And Jay-Z Inside The Galactica

Want to know a fancier way of having a nice vacation? Take a ride along the beach or spend time hiking into the mountains, or drive through sand dunes on a desert exploration. If you’re running out of ideas, Jay-Z and Beyonce are here to share luxurious escapades.

Hollywood’s A-lister couple, Beyonce and Jay-Z, are considered one of the most influential and wealthiest in industry. Even if they have all the luxuries in the world, that won’t stop the two find new investments that would make their fortunes relatively more than what they have now. They are also not shy to show off their newfound way to spend time after a tiring work session.

With that in mind, they shared their timeless vacation while sailing on their private yacht, the Galactica Star. This famous sea vessel is known to be one of the high-profile personalities’ favorite choice of traveling on the seas.

The Galactica is the second largest in the fleet that was ever produced by the Dutch shipbuilding company, Heesen Yachts and currently belongs to Kola Aluko, a Nigerian billionaire who specializes in Africa’s gas and oil industry.

The superyacht is not advertised for public use but if you have a credit card of the rich and famous, Mr. Kola Aluko might consider it. That is if you are willing to pay around $900,000 per week. On top of that, the operating cost of the vessel is shouldered by the renter and that includes the gas cost, the food, and other necessities during the trip.

Jay-Z and Beyonce shouldered all the cost for their trip and it looks like it was all worth it. The Galactica has its own helicopter pad in case they wanted to travel by air. It also has a spacious Jacuzzi and a spa pool for that extra relaxation that they needed.

With a top speed of 28 knots, the Galactica is considered one of the fastest. In fact, it has double the average speed of modern-day luxury yachts in the market. It can hold up to a dozen guests and has six cabins in its superstructure. We are sure that the couple spent time in the master suite covers almost the whole main deck. Feature-wise, it sports two full dressing rooms, a bathroom and has its own office space!

The main deck is where most parties will start so they place a glass roof just to set the tone. It also has a spa pool with a glass bottom that will complete the look. We also forgot to mention the large beach club area filled with sofas which is a common feature o modern luxury yachts. Going back to the master cabin, it houses two panoramic windows that have direct access to a private balcony.
There’s another lounge located near the bow of the yacht that spreads across the superstructure. Right in front of it would be the helipad where they can land their private chopper. 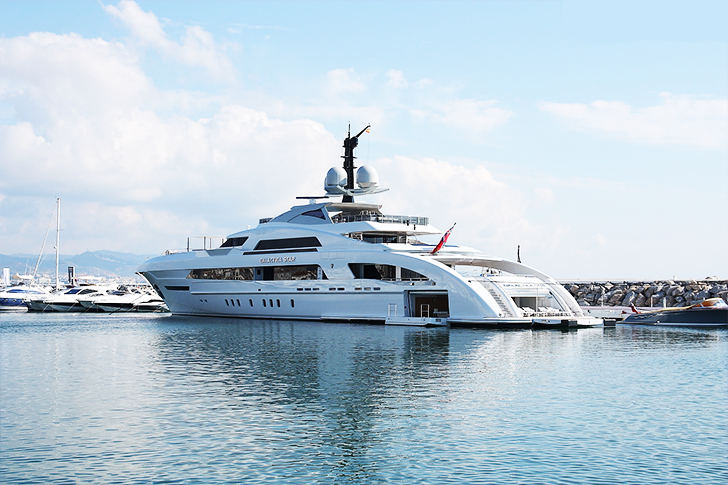 The people onboard the Galactica is also no slouch when it comes to luxurious living. Most of them have a degree in culinary that can provide all of the exquisite that fills the palettes of the rich and famous’ tastebuds. They have around 13 crews ready to serve their guests anytime. 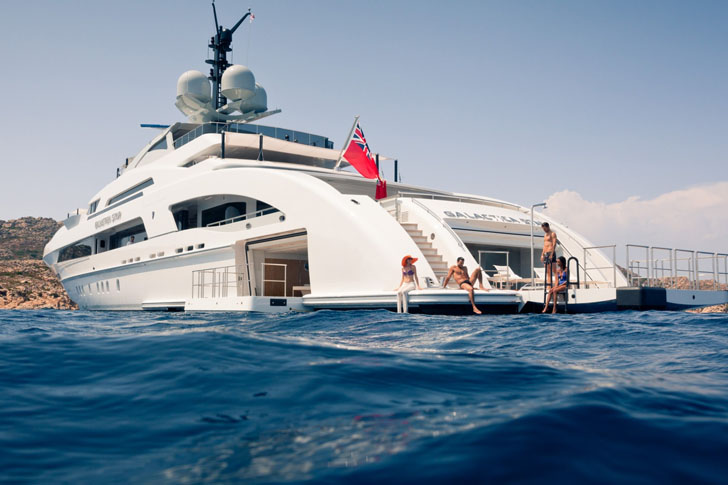 Jay-Z, Beyonce, and The Galactica

During the time when the famous celebrity couple rented the Galactica in 2013 and 2014, it was considered as the biggest superyacht in the world. However, many years have already passed and a lot of people put a lot of investments just to get the bragging rights to be called the best luxury sea vessel but none ever came close to this.

As a famous personality in Hollywood, Jay-Z didn’t mind spending some of his cash just to give Beyonce the vacation that she needs. He’s been in the industry since the 80s and built a business empire that catapulted him as one of the richest in the industry.

On the other hand, Beyonce is one of the most successful recording artists of all time. She gained popularity thanks to her part in the all-female group Destiny’s Child. She later The two of them put up a lot of business together that made them even more prosperous than before, so spending close to $1 million for a week in a luxury superyacht wouldn’t leave a dent to their overall net worth.

If you are thinking about your dream cruise in a private yacht and you are nowhere near the bankruptcy limit, you can probably spend fruitful time with your family and friends in the Galactica just like what Jay-Z and Beyonce did back in the days. 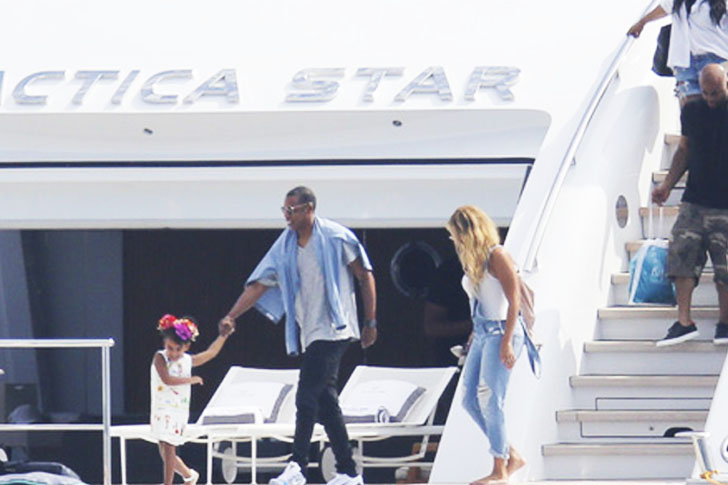