A Foot To The Door: Will And Jada Smith’s Inspiring Houses

Newsweek’s “most powerful actor in Hollywood” in 2007, Will Smith, has a long line-up of hugely successful films under his belt including Independence Day, Hitch, Bad Boys, I Am Legend, Aladdin, and In Pursuit of Happyness which he co-starred with his son Jaden Smith. Married to Jada Pinkett Smith, who is a multi-hyphenated American actress, producer, director, writer, singer, author and entrepreneur, Will is undoubtedly one of the richest actors in the world. A far cry from the rapper persona he used to carry under the name “The Fresh Prince” back in the 1980s.

With a combined net worth exceeding $300 million, the Smith couple can afford a lavish lifestyle and extravagant home. But the properties they acquired sold can cause jaws to drop in awe.

We feasted on some of the family’s investments starting from 1998 when they shelled out $937,500 (£780k) for an 8,000 square foot property in Bryn Mawr, Pennsylvania, then another $3.4 million (£2.8m) for an exclusive Hidden Hills neighborhood in Los Angeles in 2003. The LA home boasted of five bedrooms and six bathrooms and is reportedly being occupied by the couple’s first son together, Jaden, since 2017. We are almost certain that the Hollywood power couple installed a stringent home security system for him.

In 2011, the Smiths purchased a less expensive property in Woodland Hills in LA for $910,000 (£757m) prompting rumors that they bought it for someone else, possibly to ease a family or staff member of mortgage rates burden. 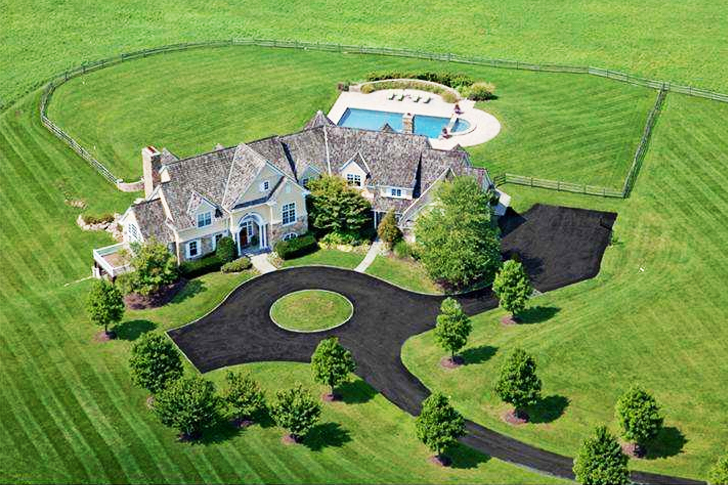 Every family wishes to spend some quality bonding time by the beach, that’s why people flock the shores during summer, and even off-season. But when your family is high-profile and uber famous, it can be extremely challenging to enjoy lazy afternoons by the sand. But that’s no problem for the Smiths as they own not one but two properties in the Hawaiian archipelago.

The first one is a seven-acre expanse beachfront home which they purchased in 2009 and eventually sold in 2011 for $20 million, upping the couple’s credit score and earning for them a margin of $6.5 million from its acquisition cost.

The second haven had four houses, a private tennis court, a 50-foot swimming pool and a private beach access which Will and Jada purchased in 2015 and eventually sold two years later for $12 million. 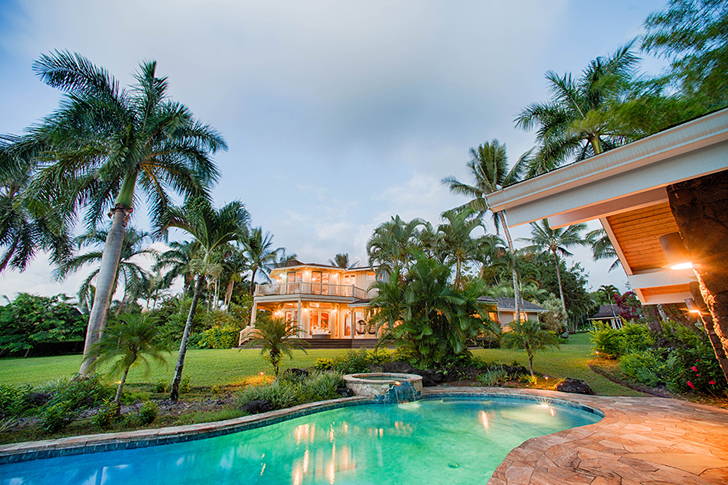 The A-list couple’s hectic schedule, jumping from one place to another for filming, Hollywood events, endorsement deals, and attending their children’s milestones, can be unimaginably challenging. But Will refused to be outsmarted. The multi-awarded actor commissioned an extravagant land yacht worth $2.5 million, which he called “The Heat” and used it while on location for Men in Black III, Ali and The Pursuit of Happyness.

Unmatched by even the most prestigious moving company, the two-storey RV measures 1,200 feet and entertains with 14 TV screens, a 30-person cinema, 360-degree video surveillance, and a dressing room sitting on 22-wheel base.

On top of all their real estate investments, the happy family of five comes home to their luxurious yet cozy home in Calabasas City in Los Angeles County, California, which they acquired in 2003 for a whopping $42 million and developed into a grand villa for seven years.

The customized estate has its own zip code, and is their most luxurious property to date, extending 25,000 square feet with nine bedrooms, a home theatre, and a garage that can accommodate up to 8 cars. Outdoors, the family and their guests can enjoy different leisurely sports activities in the large pool, basketball court, tennis spot and volleyball court. There is also a sunken trampoline to keep kids and adults entertained. A good financial advisor will be able to see beyond the exorbitance and appreciate the fulfilment that this piece of heaven gives to the Smiths.

Quite phlegmatically, the rapper turned superstar shared during an interview with Architectural Digest that the part he likes most in the compound is the peaceful gazebo at the center of the estate’s secluded lake. Perhaps, away from the klieg lights and incessant chatter, it is in this spot that he is able to reflect about how far he has come and thank the universe for the charmed life his wife and children enjoy, without ever having to worry about student loans or cash loans.

In fact, the family man can be seen playing with his children, grown up as they already are, in photos shared through their social media accounts. Those pictures show how Will seems to love treating his children as the babies they once were, even wearing Christmas hats and outfits in December.

As for Jada, her own private meditation room serves to recalibrate her and take away all the stress of a public life. Not that she complains but the A Low Down Dirty Shame star can be seen doing some meditation poses in the heavily carpeted room every now and then.

The Smiths are also known to be bookworms so it’s not surprising that they keep bookshelves at home, cast in dark wooden alcoves, holding their paperback and book collection.

Will and Jada Smith share an eye for fine artistry, so they hired designer Stephen Samuelson and architect Harry Perez-Daple to help realize their unique ideas for their home. After seven years, the couple finally became satisfied with the outcome in 2010 and mused at the antique pieces and bronze fixtures complementing the mansion’s front door which used to be an entrance to a fort in northern India, brought home by the opulent pair along with other statement pieces from around the world.

The family home can be seen on Facebook’s streaming channel as the set for Red Table Talk, the Smiths’ own series which features Will, Jada, their three children, and Jada’s mom, Adrienne Banfield-Norris. In the series, the family talks about random stuff including current affairs, candid family matters, and even mental health issues around a red table, thus the show’s title. The show is light and enjoyable, with intelligent but relatable conversation that doesn’t require a finance degree.