Take A Peek Inside These Celebrities’ Luxurious Homes

Celebrities may seem out of our league. They are followed, adored, admired, even loved by people they don’t even know. Their savings and properties are worth more than what most of us can only dream of. But some things hold true for each one of us, yes including celebrities, and these include peace of mind, relaxation, privacy. Believe it or not, although celebrities work hard for fame, they still value some time away from the spotlight. So, how do the most well-known stars achieve that? By doing the next best thing – putting out investment money for their own private little paradise.

Let’s do a rundown of some heavenly beach homes and find out which celebrity sinks his or her feet on its deluxe sand.

With a long lineup of projects which were highly acclaimed critically and commercially, the California born actor has been included in the list of the world’s highest-paid actors for eight times. Not surprisingly, DiCaprio was able to make sound investments such as his Malibu’s Carbon Beach property which he acquired in 1998. 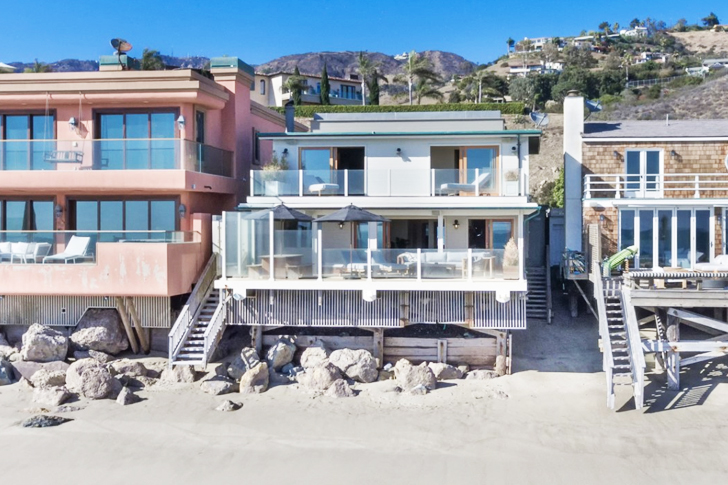 Cindy Crawford’s claim to fame was her very successful modelling career that led her to international stardom and eventually, to Hollywood’s gate. During her stint as a ramp model and brand ambassador from the 1980s up until the 1990s, Crawford has been known as one of the most celebrated super models of her time, regularly gracing fashion magazines and representing top brands including Dolce & Gabbana, Christian Dior, Chanel, Versace, among many others.

But the 5-feet, 9-inch tall catwalk queen is more than just a pretty face. The DeKalb High School valedictorian of 1984 proved that she also has great money management skills when she invested in two Malibu homes within only two years. 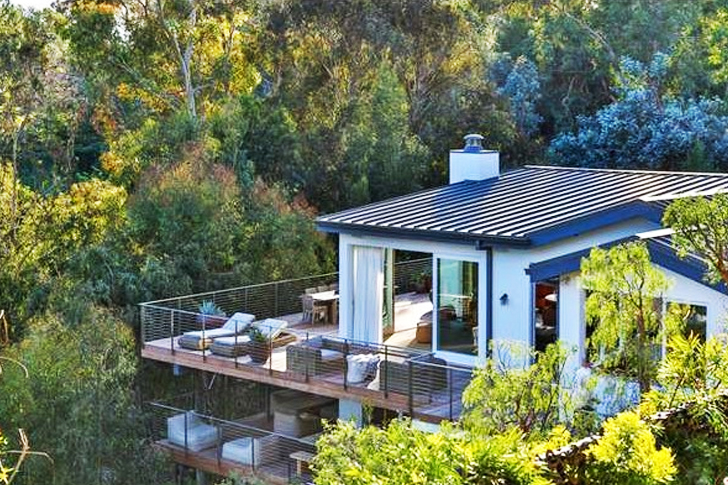 Practically everybody dreams of owning a beach house where he can stay to unwind and enjoy the breeze every now and then, but Canadian singer Celine Dion owns a piece of water heaven. Her estate in Florida spans 400 feet of beach front with an Atlantic Ocean view plus three swimming pools that feature slides and a lazy river. The Titanic soundtrack singer also made sure to include other recreational spots such as a private tennis court and a golf course.

When her husband and manager René Angélil succumbed to throat cancer in 2016, he left her with enormous wealth from their combined net worth of $700, enough to sustain the 51-year old singer and her kids, safely away from bankruptcy. 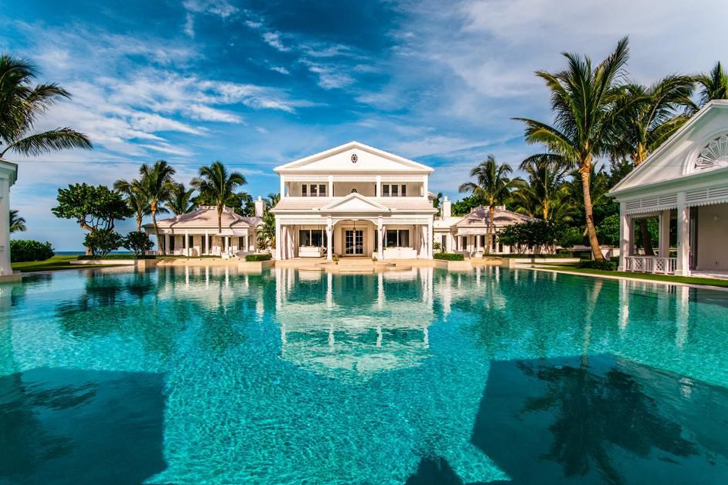 Timeless beauty Julia Roberts reached global stardom when she was cast for the title role of worldwide blockbuster romantic comedy film Pretty Woman opposite Hollywood hotshot Richard Gere. The movie not only made Roberts a household favorite. It also paved the way for many other projects which consistently broke records including Erin Brockovich, for which she won an Academy Award for Best Actress.

Needless to say, the 52-year old actress’ net worth and credit score soared high and she was able to purchase the Faye House in 2011,a property in Hawaii with 200 feet of exclusive beachfront lining the 3,800 square feet estate. Roberts eventually sold it in 2016, most likely for a good cause…and cost! 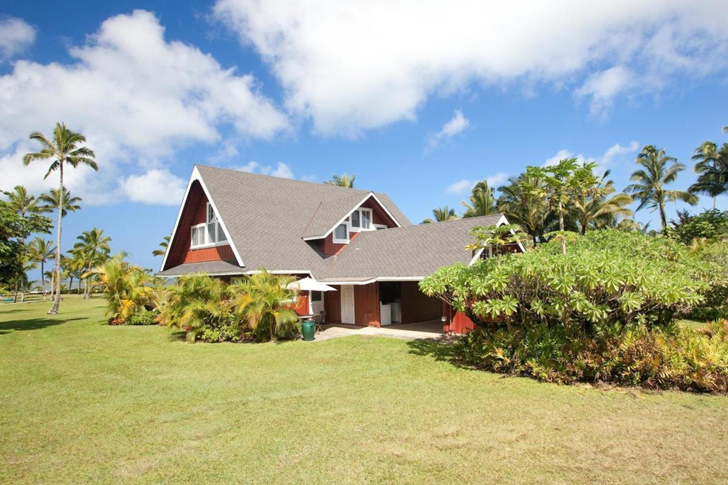 Steve Martin’s incredible talent in acting and comedy helped him skyrocket his career in the entertainment industry almost instantly. He had quite a number of projects lined up for him. With his credit score, it goes without saying that he was more than capable of purchasing a lavish home.

Martin once owned a grand beach house in St. Barts, famously referred to as the “Au Soleil.” It housed impressive features like an infinity pool that boasted a180-degree view of Baie de St. Jean. In 2015, he put the property in the market, and it’s waiting for the next lucky person to occupy its space. 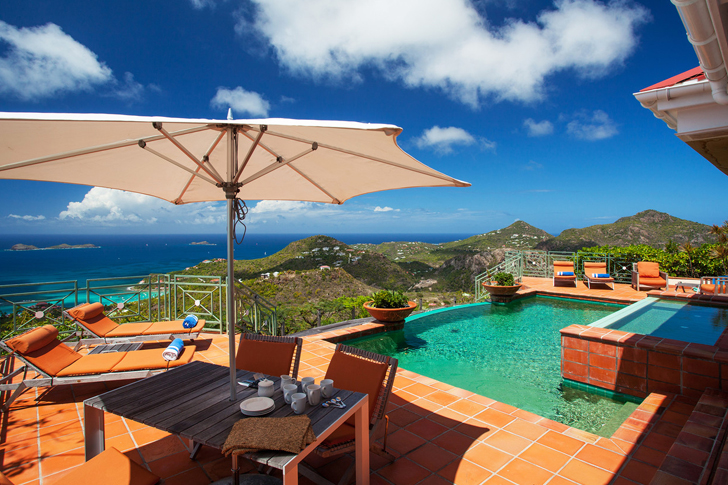 Donna Karan is popular for her unique fashion choices. Her outfits always catch everyone’s attention, and it’s no wonder that she’s one of the industry’s most sought-after fashion designers. Her sense of style doesn’t end with dresses or shoes. Donna also sprinkles a bit of creativity to her lavish beach house.

Donna’s two-villa property screams luxury and peace, with unique furniture pieces that help create a comfortable feel. Every room was decorated with European floors and huge windows. The best part is that it holds a breathtaking view of white beaches and the Carribean. Anyone with the investment money would definitely enjoy living in such a luxurious place. 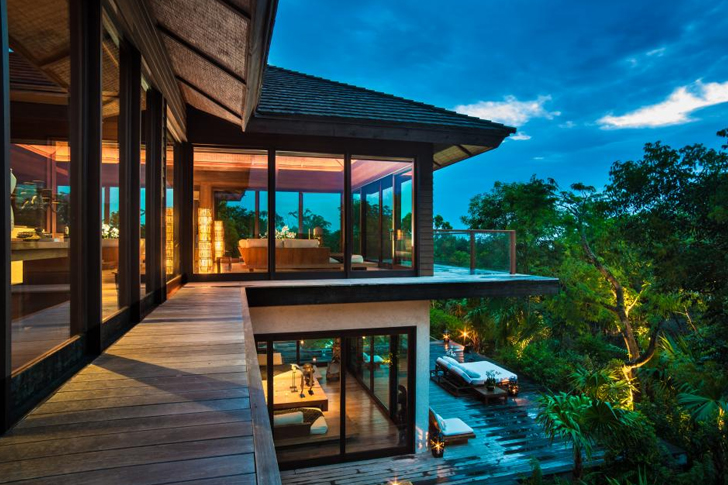 If you wanted a feel of Hawaii without hopping on a plane to an island, Beyoncé’sprevious beach house is your best bet. The lush vacation rental is more than 65,000 square feet huge and is a favorite of many A-list celebrities in Hollywood. Apart from the music icon, other personalities have stayed at the property armed with only the best home security system, including Jessica Simpson.

The Hawaiian vacation rental isn’t just for luxurious getaways, but for intimate weddings too. Eddie Vedder of Pearl Jam chose the humble home for his marriage ceremony. The tropical oasis and rock-lined ground pool truly makes it one-of-a-kind! 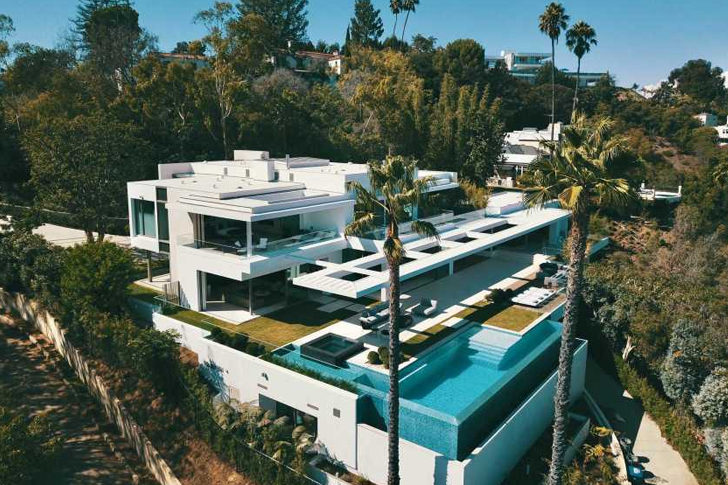 Staying at a vacation house might not always feel homey, but the Casa Amara is quite different. Situated at Punta Mita, Mexico, the villa offers more than just a place to rest and dine. Its beautiful interiors is credited to no other than acclaimed designer Martyn Lawrence Bullard.

The interiors boast a coastal-inspired feel with cool tones and an overall light, comfortable scenery. Another one of the reasons why celebrities keep coming back is their excellent customer service. A designated “anything” button is available in every room – a single press and you would hear their staff ready to serve you with a smile on their face. 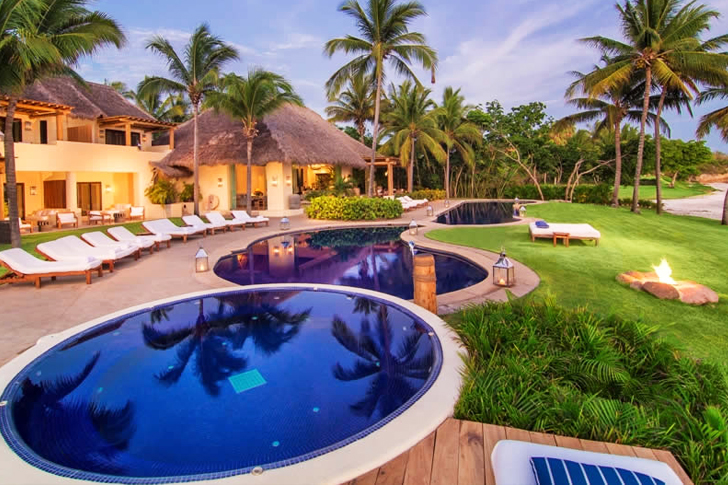 The hustle and bustle of Hollywood can get pretty exhausting. After walking on endless carpets and entertaining countless interviews, celebrities crave for a quiet getaway from the industry. For stars like Celine Dion, Jim Carrey, and Michelle Pfeiffer, the vacation home is situated 150 feet above a white sand beach.

Laweduais one of five private estates in Fiji. It has an open space perfect for breathing in fresh air and meditating. Only accessible via dock or helipad, celebrities can freely lounge about without fear of interruption or annoying paparazzi. Anyone would be happy to take out cash loans just to enjoy a few minutes of serenity in the peaceful villa. 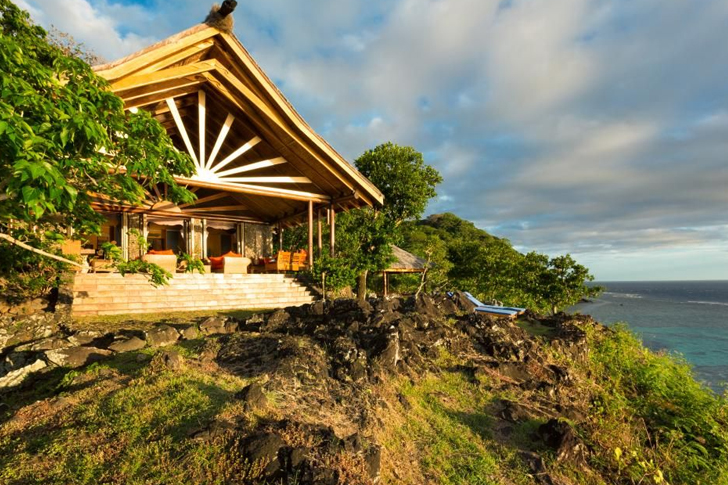 When we hear the name Oprah Winfrey, we only expect the most lavish and the most glamorous. The same is true for her vacation rental home in the southern Bahamas, situated in no less than a private island. The exclusive property is Oprah’s go-to for a getaway, along with huge personalities like Bill Gates and Penelope Cruz.

Thanks to Oprah’s impressive career run and money management skills, she’s able to enjoy the finest things in life. The 150-acre private island which holds the beach house is owned by illusionist David Copperfield.The space is huge enough for 24 visitors, of course. 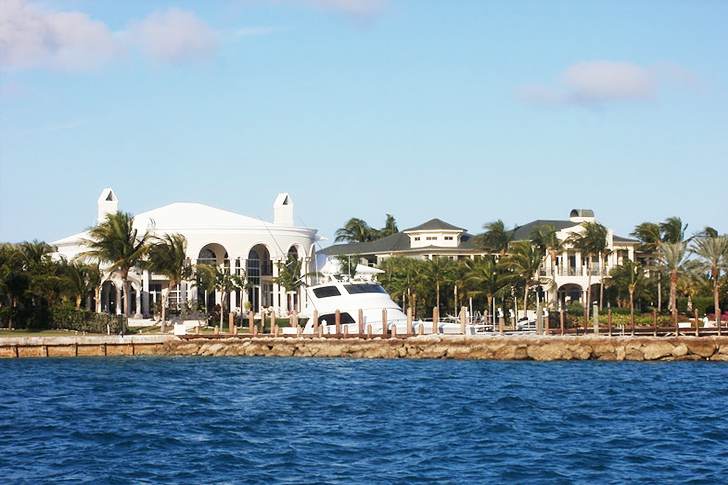