Traveling and seeing the world must be the one thing in common in everyone’s bucket lists. There’s just something about leaving what you know and going forth to the unknown, eating different food, experiencing different cultures, and seeing new places. Whether you’re a nature buff, or a history enthusiast, there are tons of sights to see in different countries.

However, with beauty comes danger. There are several places in the globe that you might want to skip. If your mind is still made up to see all these places, then you might want to get your insurance policy updated.

Deserts are amazing, majestic planes of large stretches of sand. It gives off a calm and ancient feeling to anyone who witnesses it. However, you might forget all about that calm when you go to the Death Valley in the United States.

The temperature in this desert goes up to 134 °F (56.7 °C). That’s almost twice the average human body temperature in Celsius! No matter how seasoned of a traveler you are, the insane heat of Death Valley will have you running out of gas quickly. Without water, you can only stay in the Death Valley for 14 hours.

Yet another desert on the list, the Danakil Desert is just a few degrees cooler than the Death Valley. On a regular day, the temperature reaches 120 °F (50 °C)—still incredibly hot! To top it off, it’s a place wherein numerous active volcanoes can be found, including geysers that spit toxic gases.

If you’re still up for a challenge, it’s best to consult your insurance company as you might need to update your policy when it comes to travel. We’re not sure of volcanoes and geysers are covered when it comes to this case!

From extreme heat to extreme cold, the summit of Mount Washington holds the world record for the fastest winds here on Earth, while having freezing temperatures dropping as low as 40°F. There’s also continuous snowfall up its peak, making for an all-year round winter. 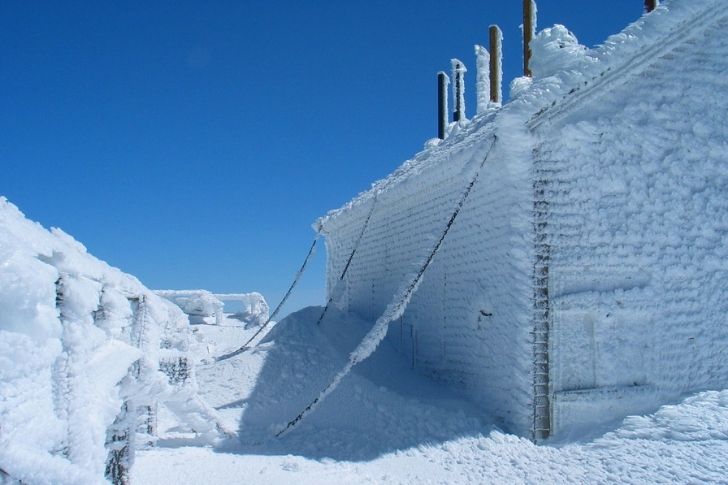 Although it’s not the highest peak in the world, it remains to be one of the deadliest. It puts great pressure on the human body and psyche, forcing it to deal with harsh winds, frigid cold, and limited human interaction. It’s a human marvel how they managed to put up electricity up there.

There’s something majestic about volcanoes, perhaps it’s in the knowing that it wields so much powerful that makes it beautiful. Well, if that’s the basis of beauty, the Sinabung Volcano of Indonesia might just be one of the finalists.

The Sinabung Volcano is an active volcano situated on the Indonesian island of Sumatra. Unlike other active volcanoes, the Sinabung erupts so often that its nearby villages have been covered in lava and ash several times already. These villages experienced the wrath of the volcano continuously since 2010. Its most recent eruption was in August 2020.

With how often the volcano erupts, maybe it’s time to call the moving company.

Snakes get a bad reputation due to the portrayal media, but this portrayal has traces of truth. Snakes are indeed dangerous, especially when not left alone.

Iha de Queimada Grande, or Snake Island in Brazil is recognized to be one of the most dangerous places on Earth. It has such a large population of snakes that research estimates that at least five snakes per square meter live on the island. This makes it impossible not to encounter one if you ever set foot on it. 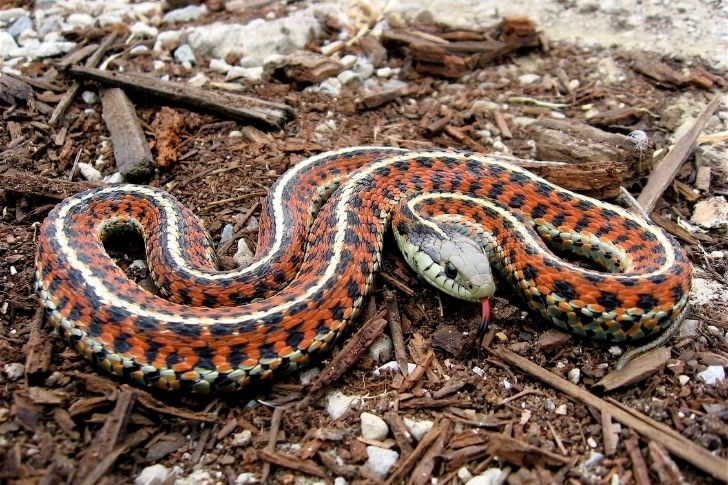 Understandably, the Brazilian government has barred tourists from visiting the island – lest they have to answer to insurance companies.

From deadly animals to deadly plants, the Maididi National Park looks very unsuspecting on the surface. With its beautiful and calm waters, and colorful sunsets, it looks every bit like every other national park.

However, usually, parks don’t have plants that can kill you. The Maididi National Park is home to the most poisonous and aggressive fauna in the world. Any contact with these plants can cause a slew of symptoms like itching, rashes, and vertigo. It can even have your wound infected!

Of course, Russia has its own Death Valley – the Kamchatka Peninsula. This peninsula has the southernmost expanse of the Arctic tundra in the world. It’s largely inhabited by a large population of brown bears.

However, what makes it truly dangerous is the fact that it has 300 volcanoes, 39 of which are active. There are also geysers, hot springs – and, get this, a lake of acid! This is no wonder, since it stands directly over a grinding tectonic plate.

Although full of danger, it is also full of wonders and resources. People continue to protect the area, given that many mines are trying to exploit it for gas and coal.

Unfortunately, with technology and advancement comes its own set of danger and questionable decisions. The Marshall Islands served as a testing site for the United States back in the 1940s, after they dropped bombs on Hiroshima and Nagasaki during the Second World War.

Bikini Atoll, one of the islands, still has high radiation levels even after 60 years. The island’s radiation level is 10 times higher than the levels of those in Chernobyl. Predictably, its old inhabitants called the moving company during the 40s and abandoned their homes during the testing years.

When it comes to this destination in Thailand, it’s not elephants that you need to worry about in Elephant Kingdom – it’s the crocodiles! The owner of Elephant Kingdom pushes the boundaries of tourist attractions by renting out a semi-closed raft space for tourists to alight on, so they can personally feed the crocodiles. 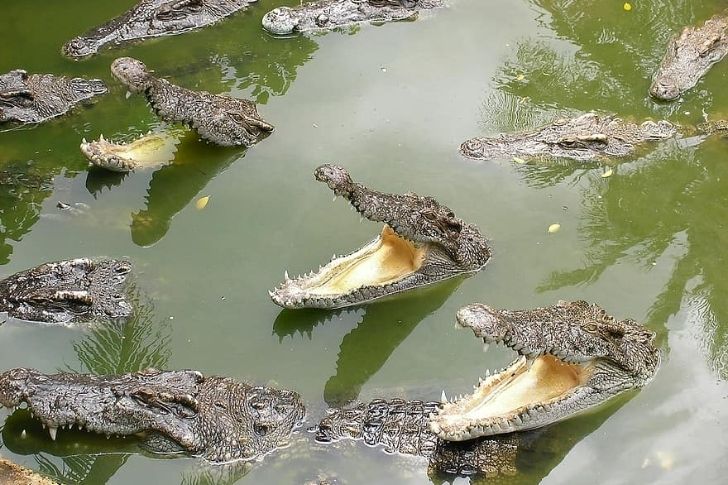 The shack has roofing for protection against the sun but it doesn’t lessen the danger. Tourists are given pieces of meat to lure the crocodiles, sometimes dangling it mid-air and causing the hungry animals to jump in order to get it!

Nature is truly magnificent – and dangerous. The Afar Depression, also known as the Afar Triangle, includes three different locations: the Danakil Desert, Lake Assal, and Awash River – where water evaporates as soon as it’s supplied due to the intense degree of heat. The whole area sits on the Afar Triple Junction.

Its site sees the slow rift forming between the crust’s plates, causing frequent earthquakes and volcanic eruptions. The floor of the Afar Depression is composed of lava, and it also has one of the most active volcanoes on Earth, the Erta Ale volcano.

Lake Natron bleeds with beautiful colors of red and pink, but don’t ever make the mistake of touching its waters. It has pH levels as high as 10.5 and is so caustic that it can burn the skin and eyes of animals not adapted to it. It also has large deposits of sodium carbonate which acts as a preservative for any living creature that die there.

Despite this, Lake Natron has a thriving ecosystem that supports fish, algae, and flamingoes. The pursuit for electricity is now threatening this ecosystem and the lake has set protection laws to protect it.